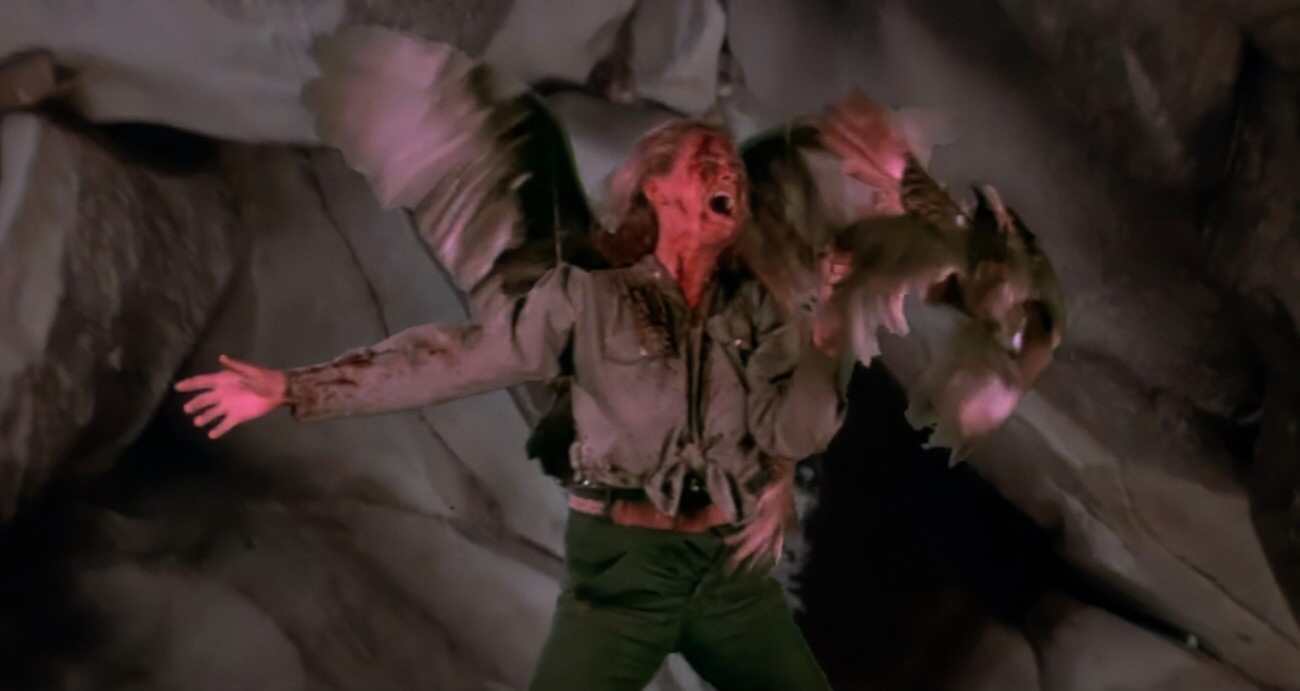 This film from 1977 starts out with a declaration that just recently it was discovered fluorocarbons created a hole in the ozone layer. This film proposes that what follows is a potential consequence of this. What is that consequence you ask? Folks, the higher exposure to ultraviolet rays will cause animals to attack mankind en masse, especially at higher altitudes. Not that the temperatures of the planet will go up or that polar icecaps will melt. No, ultraviolet rays will cause animals to fuck our shit up.

This is the world 1977’s Day of the Animals gives us. Hordes of animals descend on a group of poor, unfortunate hikers who just wanted a nice trip for bird watching and escaping Beverly Hills. The beginning of the film consists of various shots of birds and animals who look ready to ruin an afternoon hike. Then the animals attack. I do not exaggerate when I say hordes of animals attack people. One scene involves a sheriff going for a late snack only for rats to fly at his face. I’ve never seen so many cougars attack a group of people. The climax of the film involves a pack of German Shepherds going after these poor hikers.

All of this should be expected from a film directed by William Girdler, a genre director whose six year career yielded a variety of warped movies. The penultimate film of this very brief career, he takes lessons from his previous film Grizzly and pumps up the volume. You see Grizzly is a Jaws rip off involving a bear. Unlike Jaws and that coward Steven Spielberg who used a mechanical shark, Girdler puts an actual bear into the film. Day of the Animals is no different. These are actual animals attacking a highly trained stunt team. And there is a lot of animal attacks in this film. That coward Spielberg probably wouldn’t have done that.

One last thing about this movie, it stars a pre-Police Squad!/Naked Gun Leslie Nielsen. He plays a racist Madison Avenue ad man who slowly goes power mad. His death in this film is something that needs to be seen.