I just picked up the blu-ray for Godard’s Alphaville and realized I had a few reviews of his films from back in the day.  This review originally appeared on Celluloid Moon about 11 years ago, but in anticipation of writing up Alphaville I happily present this (and a few others) for your reading pleasure on Cinema Dual!

After three aborted attempts to watch Contempt (a film 11 years later I still haven’t watched) I decided to continue my Jean-Luc Godard education with Masculin, Féminin, his 1966 portrait of the youth culture in Paris in the months leading up to the 1965 presidential election. Working from his own screenplay, a loose interpretation on two short stories from Guy de Mauspassant, Masculin, Féminin is a flurry of different visual and aural ideas cut together and framed in a off-kilter documentary style whose purpose isn’t anything like a straight narrative, but rather an empathetic if distanced view of the lives of the young men and women Godard found himself surrounded by in Paris. As my third Godard film, after Breathless and Band of Outsiders, Masculin, Féminin feels like a subtle adjustment of gears: although many of the elements are the same, the intent here is more observation than to participation.

The scenes have that improvisatory ring that are a benchmark of Godard’s writing style: get the idea, work it out on the spot – either right before or during filming of the scene in question. Paul is a young, idealistic kid, obsessed with revolution and the larger questions of his day, even though the majority of the movie finds him worrying and depressed because of his love for Madeleine, a sweet young Yé-yé girl who admits in an early scene that she is the center of her world, a world where her biggest concern is where her single will land on the charts. During the course of the movie Paul (played by Jean-Pierre Léaud, the lead in François Truffaut’s Antoine Doinel films beginning with The 400 Blows, as well as a Godard regular) expounds regularly on socialism, the elitism of the upper class, and the plight of the workers, and patronizes those around him with questions that serve little purpose other than to show that people don’t know as much as he does.  Yet for all that, Paul’s actual action seems to consist of little more than spray-painting slogans on walls and cars, and moping over his relationship with the carefree Madeleine.

In fact, most of the characters are divided according to their sex – Paul and his friend Robert talk all day of revolution and politics, thinking little of the skirts they chase – Madeleine for Paul, Elizabeth (who coincidentally likes Paul) for Robert.  The girls, on the other hand – Madeleine, Elizabeth, and their friend Catherine, are hardly impressed by all the lofty intellectual talk, preferring what they can see and hear around them.  But instead of this coming across as shallow, or the boys coming off as tortured and lofty, Godard sits back and observes everyone for what they truly are – kids trying to find their place in the world that makes little sense to them.

The film hammers this point home in a number of different ways.  Certain scenes are punctuated with violence that springs out of nowhere.  Early on, when Paul and Madeleine meet for the first time, a woman storms out of the cafe with a man and child after a loud argument.  She suddenly shoots the man, drops the gun and goes off with the child with no explanation or follow-up.  Later, on a train ride, Paul and Madeleine witness a woman shoot the two black passengers she’s been arguing with.  In perhaps the most bizarre scene, a man threatens Paul with a knife in an arcade, then without warning stabs himself in the stomach, leaving Paul to carry him off the street.  These sudden bursts of violence are accentuated by piercing bangs on the audio track, and served to express (to me, anyway, I have no idea if this is correct or not) the unseen violence that was permeating the world at the time, in Vietnam, in China, in Cuba, and at home.

Then there’s the matter of Masculin, Féminin‘s subtitle: 15 Precise Facts.  Title cards with sayings are spread throughout the film, the most famous of which refers to the characters and the Parisian youth in general as “the children of Marx and Coca-Cola.”  It’s a perfect summation of youth – not just during the moments of Godard’s film but for most kids around the world – that fragile when you’re armed with enough knowledge to begin the slow process of really defining who you are, a large part of which are those sweet, sugary things you grew up with – music, the movies, the boy or the girl you saw on the bus that day, or in the cafe sitting next to you.  To these kids, everything – regardless of content – is vitally important to their being, whether it’s the chart position of a new single, the correct aspect ratio for framing a film (in a classic moment), or the petty jealousies and insecurities about a trip to the country.

The end of Masculin, Féminin comes as a bit of a shock, as we get a small taste of Paul and Madeleine’s future. There’s no real resolution of any story points, since the story wasn’t the thing in the first place.  Is Godard commenting on the future of the generation he’s observing?  Does it speak to the eventual demise of the ideals and juxtaposition of, as the card says, Marx and Coca-Cola?  I don’t really know, and although Masculin, Féminin didn’t leave me with the instant love Breathless or Band of Outsiders did, it left me more intrigued to re-visit, to see and understand the film better or, at the very least, differently than I do now.  And that’s a very good thing.

When I finished writing this and began to snag some screenshots, I realized I didn’t mention anything about the acting, particularly of Chantal Goya, the real life Yé-yé girl who plays Madeleine in the film. Masculin, Féminin comes off the heels of Godard’s divorce from Anna Karina, the petite beauty who starred in a number of his films.  Goya has much of same easy charm, although there’s a depth in Karina’s eyes that Goya can’t replace.  One of the things I’ve noticed watching Godard is his incredible eye for casting, particularly (again) women.  I don’t know that she went on to do much after this, but she,along with everyone else in the film, fits in to Godard’s vision perfectly. 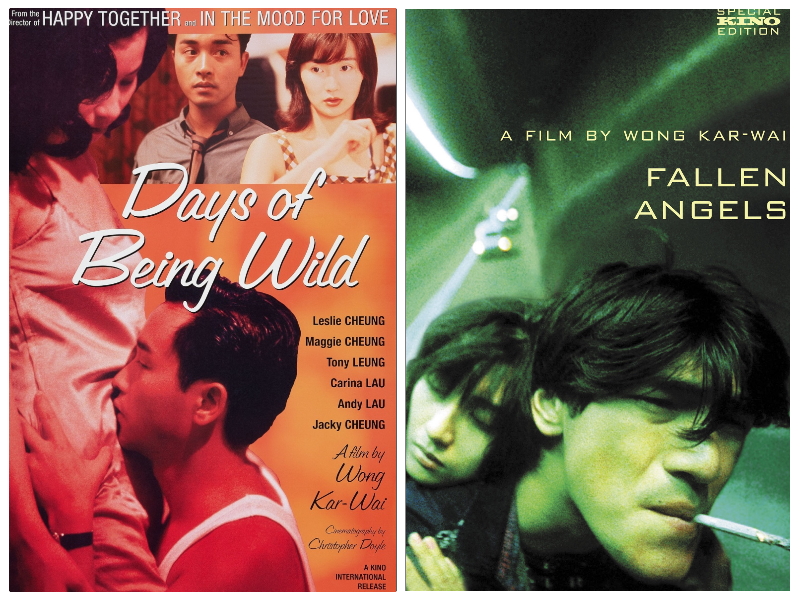