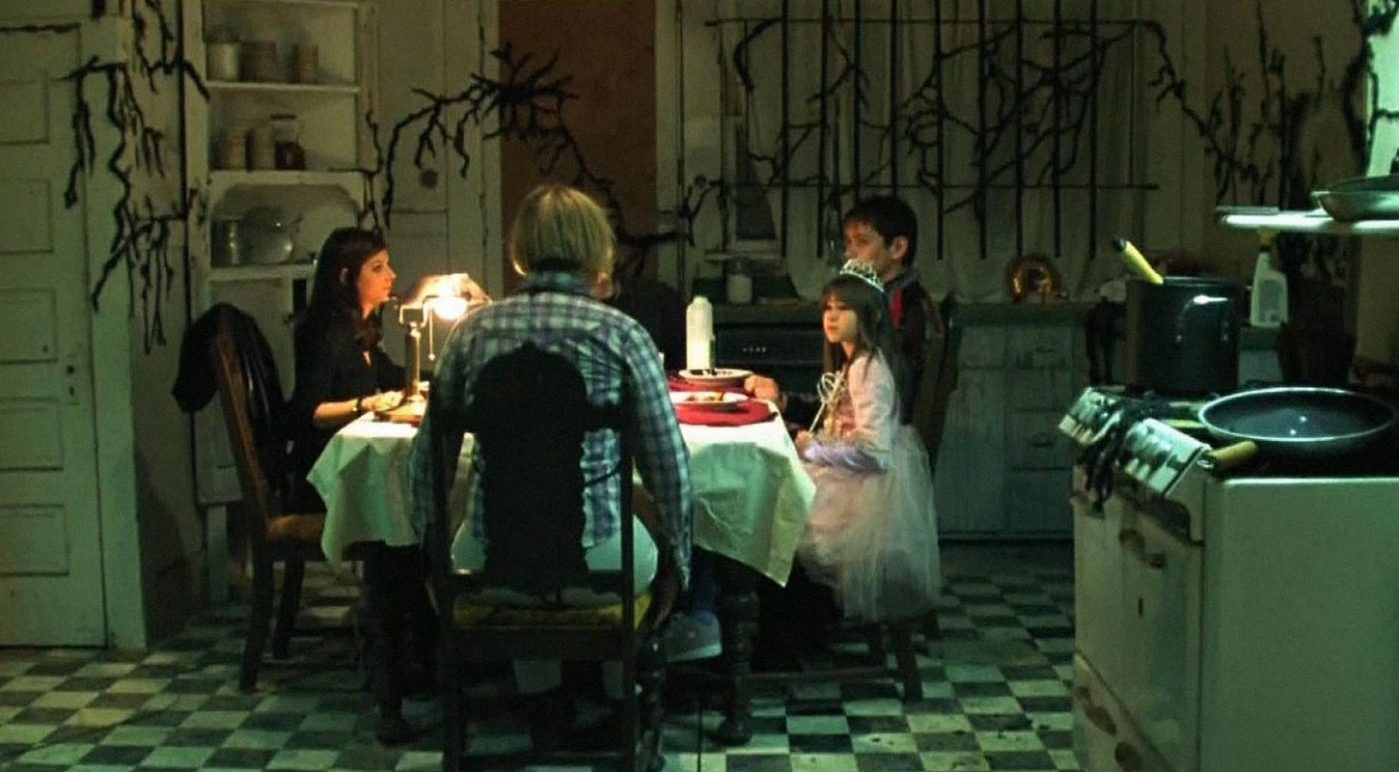 For a director with some many bonafide horror classics under his belt, including one of the greatest horror films of all time, Tobe Hooper got a bit of a bad break. By the time the 90s arrived he was relegated to smaller and smaller films with little opportunity to stretch his weird wings. So it’s a nice surprise that Mortuary isn’t terrible at all: it’s a fun, schlocky spook-fest sprinkled with some of his signature freaky moments that the low DTV budget and pitchy performances can’t completely diminish.

THE QUICK SUMMARY: Hoping for a new life, Leslie Doyle and her family move cross-country to try her hand as a mortician…as you do. The old abandoned Fowler Mortuary has seen some better days: the septic tank hasn’t been flushed in 50 years and there’s also rumors of a deformed mutant child roaming the graveyard to this day. They probably should have drained that septic tank as soon as they arrived because soon weird vines start coming up and turning people into zombies – and yeah, there’s a large deformed ghoul running around too. It’s up to young Jonathan to save his family and kiss the girl, but since this is a Tobe Hooper film, things don’t go as planned…

In some ways this reminds me of a (slightly) more graphic version of Poltergeist of Invaders From Mars. There’s a tongue-in-cheek vibe that Hooper imbues with his set pieces that provides a sense of squishy fun. The horror and gore is mostly there for gags, including a Chaplin-esque sequence where Denise Crosby tries to drain the blood from a cadaver. Like I said, Mortuary shouldn’t be taken too seriously.

There’s not much else to say here. Performances are what they are; the tone is fairly broad so not a lot of complaints. Dan Byrd has a relaxed, easy charm as Jonathan, the son who is our surrogate into the film and manages to elevate everyone else when he’s in the scene. Also special shout out to Michael Shamus Wiles who manages to get the biggest laugh with his intense fear of kids fornicating in the graveyard creating “graveyard babies.”

if that’s not a Tobe Hooper moment, I don’t know what is.