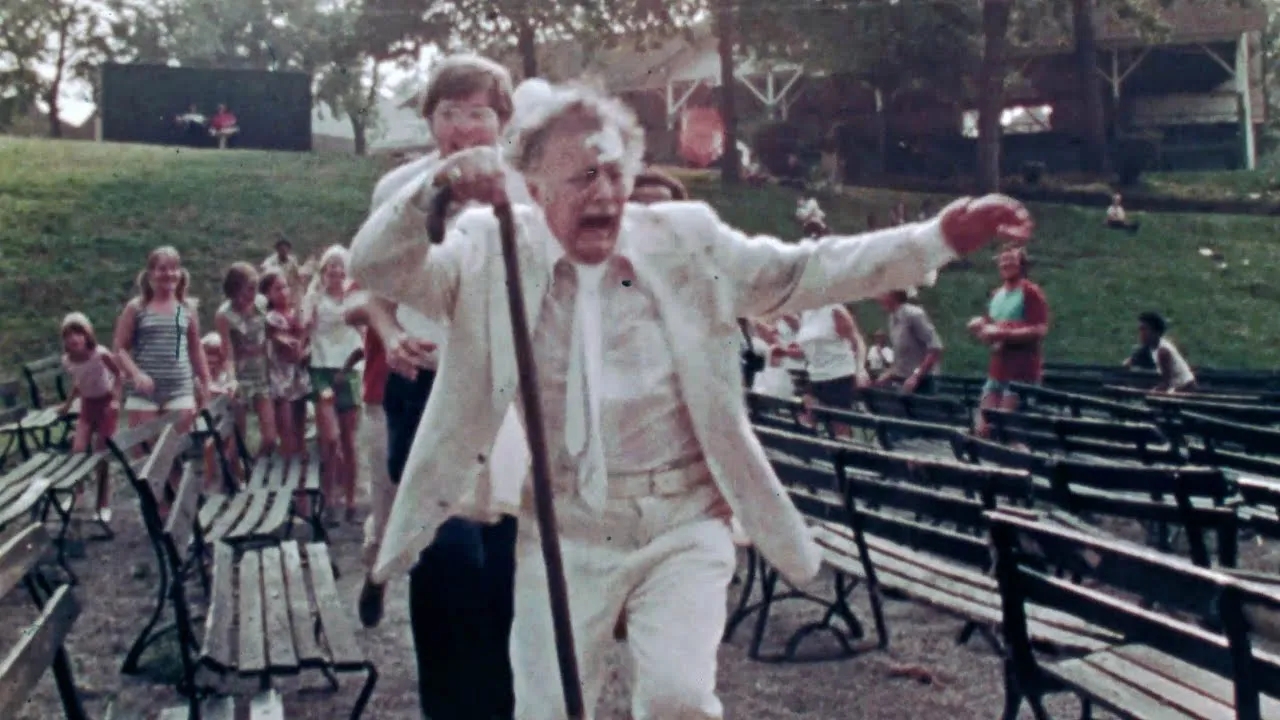 It can be a blessing or a curse to discover a “lost” work from a treasured artist. Often a work is lost for a reason: maybe it was never meant to see the light of day, or maybe it just didn’t work the same way as time went on. The good news here is that The Amusement Park, an early short film from the legendary George A. Romero falls firmly on the “blessing” side. Its on-the-nose satire about the way the elderly are treated feels just as pertinent today as it must have back when it was commissioned in 1973.

THE QUICK SUMMARY: A freshly pressed elder gentleman decides to spend a day at the amusement park. And that should be in quotes, because this is anything but a standard amusement park. Needless to say things do not go well for this gentleman, as the attractions and workers take on nightmarish proportions that echo many of the attitudes toward the elderly at the time (and to this day).

It’s no secret Romero cut his teeth on short film and television work before breaking out in 1968 with Night of the Living Dead. What’s surprising though is how much dread he’s able to push into what was commissioned as an educational film about elder abuse from the Lutheran Service Society of Western Pennsylvania. The metaphor and satire might be a bit heavy handed, but the terror and chaos of being thrust into a world that you can no longer understand and doesn’t want you is all too real, and Romero masterfully pushes that to and beyond the breaking point.

The care and time taken to restore the film undertaken by Romero’s wife and the George A. Romero foundation is fantastic, considering the base of a 16mm film. You won’t ever mistake this for a big budget horror film, but the grain, aspect ratio, and budget all help to elevate the tension and underlying horror. Lincoln Maazel plays the gentleman in question, and in an effective framing device (you have to keep remembering this was done as an educational film) appears as himself explaining the plight of the elderly and the basis for what we’re about to watch. But again, rather than undercut the film it centers it in a way that makes it to my eyes more effective.

So four years after the Master’s death, one final gift. And one more reason I’ll shill for the kind of curation of films Shudder is doing. The Amusement Park is a grim, great gift, so check it out.