le this series has focused on the films of Agnès Varda, it's reductive to describe her only as a filmmaker. Her career in photography predates her filmmaking career, and helps to inform her earliest film work, from the shots of the couple in La Pointe Courte to the contrasting images of a pregnant woman next to a pumpkin being hacked open in L’opéra-Mouffe.

On this episode of Cinema Dual, Jon and Chris talk Wong Kar-Wai.

At the time of writing, the first trailer for The Matrix Resurrections has just been released today. I don’t care speculate on exact plot details or on the film’s ultimate quality, but I am interested in the ways the filmmakers reflect and reinterpret the franchise with almost 18 years of hindsight and growth. It seems to have at least some bearing on the plot, as Neo and Trinity struggle to remember their past together, but also may have some bearing on the film as a whole. The trailer certainly carries enough visual signifiers of the past series, but stylistically it evokes less of the late 90’s industrial nu-metal vibes of the original and instead feels closer to the more recent and earnest output from the Wachowskis like Cloud Atlas or Sense 8. What does it mean for Lana Wachowski to go back to this particular subject matter now?

On this episode of Cinema Dual, Jon and Chris turn up the heat on a couple of neo noir films.

If I had to boil down my renewed interest in movies (going on 10 years at this point) to one thing, it would be the realization that the history of movies is broader than I ever imagined. There are so many movements and trends filtered back and forth across cultures and time periods it’s unlikely I could ever reach the end of movies. I think the best moments on Cinema Dual tend to be when Chris and I find a film that make one of both of us just a little too giddy to coherently talk about it. And while the recent(ish) trend of trying to assert the supreme importance of and unhealthy attachment to a particular work of art has exposed the bankruptcy of fandom in recent years, there’s nothing wrong with celebrating the joy in something you like. 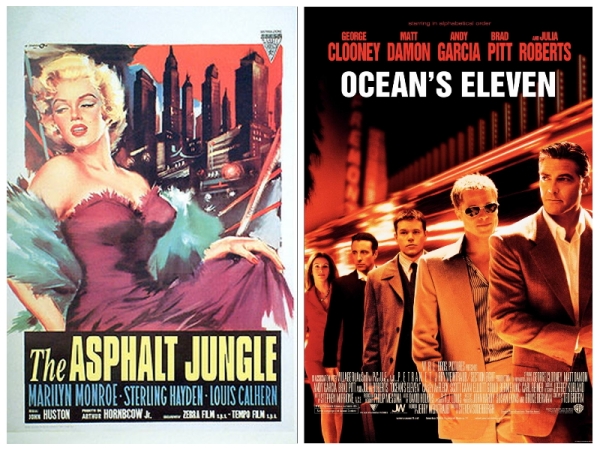 On this episode of Cinema Dual, Jon and Chris plot their escape through a couple of heist movies.

One of my favourite cinematic surprises of 2020 was the documentary Dick Johnson is Dead. Director Kirsten Johnson, as a means of processing the deterioration of her father's health and eventual passing, sets up several mostly fantastical scenarios in which Dick might die. Dick himself seems game to have some fun, demonstrating the trust, respect and love the filmmaker and subject have for each other. The film is alternately silly and painful as you track Johnson’s emotional journey through the process. This brings us to the complicated relationship between Agnès Varda and Jacques Demy.

On this episode of Cinema Dual, Jon and Chris are joined by Diary of Doom's Dylan Gonzalez to talk about monster movies.

If I've found a recurring theme to the work of Agnès Varda, it would be a curious empathy. Over and over again, Varda’s ability to notice people on the margins of society results in interesting subject matter for her art. As it becomes increasingly clear we live in a world lacking in empathy, Varda’s artistic impulses end up benefitting humanity. Certainly, it’s hard to conceive of how they could betray her, especially as it relates to an “aging” actress.

On this episode of Cinema Dual, Jon and Chris talk about a couple of movies nominated for Best Picture at the 93rd Academy Awards.